Please note that the dates for these tours may vary from the guide below. No tours will be offered until international borders are open.

This morning it had rained early. We were free until 1215 when we met. Some took the opportunity to enjoy the surrounding Orchard Road Shopping District for purchasing clothing, gifts or simply a little window shopping.

After boarding we located the old Ford Factory - site of the surrender this day in 1942. This was unfortunately closed for renovations until Thursday when several of us are going to have a look under our own arrangements. This site is overlooked by Bukit Timah, the highest hill on Singapore and the site of desperate fighting in the final days.

Heading North to Sembawang (site of the old Naval Base) we were caught in a traffic snarl which slowed us down, however we were able to enjoy lunch in what surely once was a Naval Officers' Mess close to the waterfront.

We re boarded the bus early for the ceremony as we wanted to ensure we missed the congestion, and arrived in time to secure good seating. Our Local Guides Janie and Shermine were still hard at work arranging last minute details.

The service itself commenced at 4:30pm with a good crowd in attendance as well as representation from all of the Governments of the countries involved. In particular, the Australian contingent was made up of Rifle Company - Butterworth in its entirety - they also provided a component of the Catafalque party.

Of particular significance, students from the Japanese School of Singapore laid 'Tsuru' (wreath made from folded paper swans) after the official wreath laying. This is the first time ever that a Japanese representation has been made at this official commemoration ceremony; possibly anywhere. The Singaporeans invited them to participate as a way of both remembering /acknowledging the past but also looking forward to the future as friends. In the historians' view we believe this should form a part of all future ceremonies including in Australia. It has been long enough now.

The ceremony is the highlight of our visit and we were also able to lay a wreath - Claire Munro being elected by the group to represent us.

After enjoying some refreshments. We re boarded the bus for the last time and Ken returned us to the hotel, where reminiscences continued for some time. 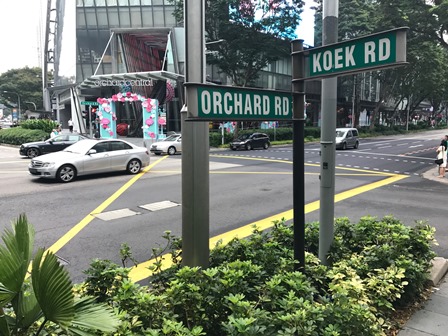 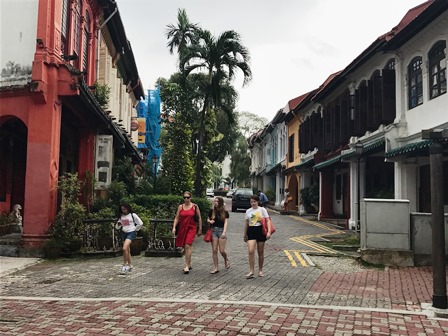 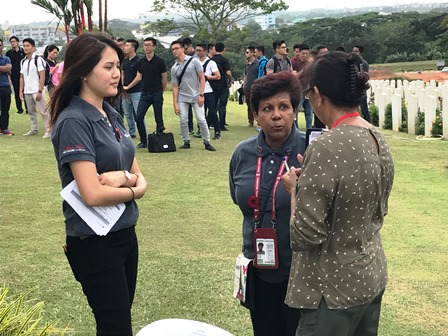 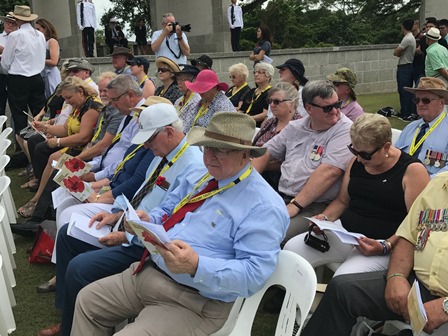 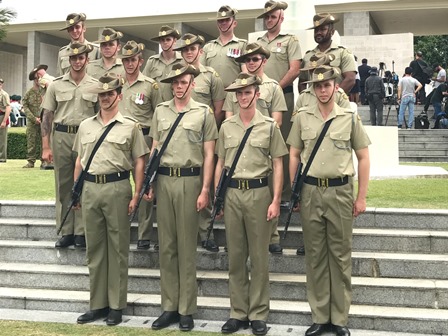 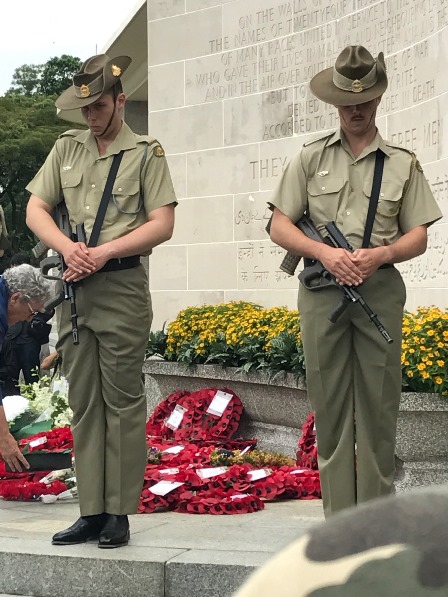 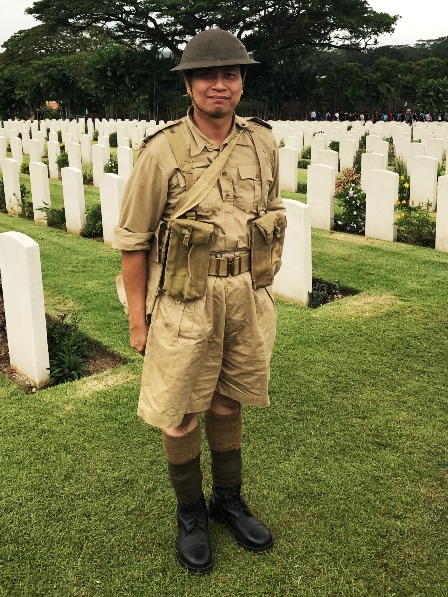 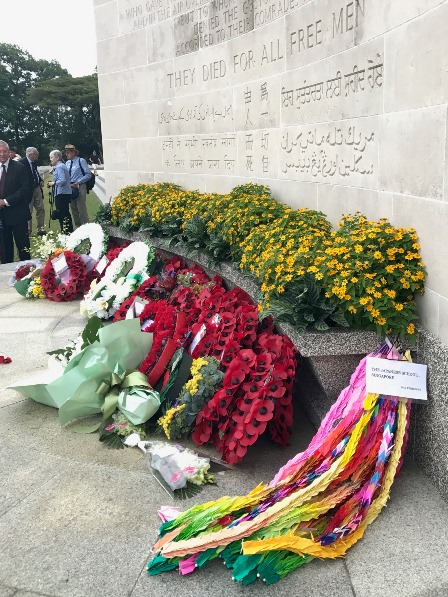 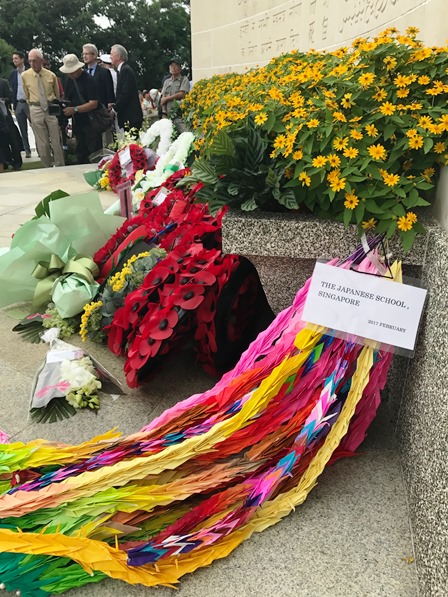 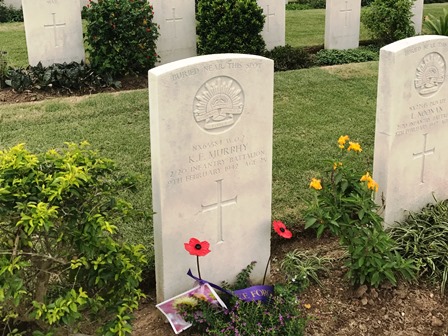